Fiji – A DAY OF SHAME

The FTUC application for a march and rally through Suva nine (9) weeks ago has been rejected this afternoon. The excuse given is that there is an ongoing investigation on the National Secretary of the FTUC. This is nothing but a lame excuse. If this was the real reason, why did the police not advise all the parties involved long ahead of time. The question that does arise is why did the Police wait till the eve of the march to reject the issuance of a permit using the excuse of investigations on the National Secretary. The last time the National Secretary was interviewed by Police was four (4) weeks ago. They did not have to wait and trouble the FTUC to get approvals from the Suva City Council, the Fiji Roads Authority and Ministry of Local Government before rejecting the application. Over the last few days the Police advised that they were merely waiting for approval from the SCC before permit could be given. It is apparent that the decision to reject the permit came from Government.

The FTUC will not be cowed in any way with this rejection. This is simply a denial of people’s Constitutional Rights to assemble and protest. Government was well aware that this march would attract a huge crowd, much bigger than the Nadi march. The rejection is another indication that we are not a truly democratic country and an affirmation of an Autocratic Government which cannot accept criticism and opposition. The march was about:

These are very fundamental issues for workers in Fiji. We now see that this Government is using an excuse of investigation to deny the workers and their families the right to protest. The National Secretary has not been charged or that the matter is not in Court. In any case, how can an investigation on an individual Officer of FTUC disqualify all other citizens their Constitutional rights. This is plain absurd. In any case the investigations are nothing but an attempt to intimidate. They will never succeed in this. No one at FTUC will be intimidated by this Government and this denial only strengthens our resolve and determination to stand up and fight for our rights no matter what it takes.

We do not see how the march in anyway would prejudice any investigations. The fact is that this Government is scared and does not want to be held accountable for the anti-worker and anti-Union stance it has adopted for the last many years. Yet they pretend to be concerned about the common women and men. Yet they work in the interest of the few privileged in our society, those that give huge donations for elections.

The FTUC will meet shortly to decide on the next course of action. We take this opportunity to thank all the many many organizations and people for their support and commitment to the workers’ cause.

We call on all workers to remain united and committed to fighting the injustices that this Government has heaped on workers and their families.

The affiliates of FTUC are ready to take to the streets on Saturday now that the Suva City Council has approved the use of their Park. This was the precondition to be met prior to the Police  providing their approval  resulting in the final approval issued by the District Officer.  The FTUC is now awaiting the Police to release the  approval note for the District Officer.

Workers are requested to assemble on time as follows:

This is an open invitation for the general public, well wishers, NGOs and any concerned citizen to join the march. 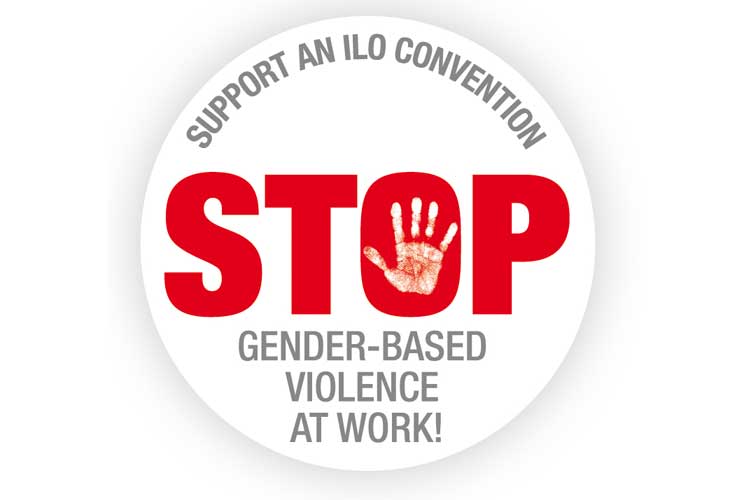 Next year’s ILO Conference in June will discuss the development of international labour standards on violence against women and men at work, and the trade union movement is calling for a strong international convention to be adopted.

More than one third of women around the world experience violence at work, at home or in the community, and action in the workplace is crucial to tackling the issue across the board.

Sharan Burrow, ITUC General Secretary, said, “Unions are leading the way in eradicating violence against women at work, and the support of a strong international legal instrument is essential. Women in every occupational sector are exposed to violence and harassment, on an epic scale, and where they are deprived of the protection of a union, the likelihood that they will experience rape, physical assault, intimidation and harassment is far greater. The reality is that violence is rife in the supply chains that bring food onto the table and that provide clothing and other manufactured goods. Women working in transport, health, education, public services, entertainment and every other area of the economy experience violence, and it’s time that governments and employers accept their responsibility to work with unions to end it. It is scandalous that sexual assault, sexual harassment and other forms of violence are not only tolerated at work, but in some cases used as a means to subjugate women in the interests of the corporate bottom line.”

Unions around the world are engaged in education campaigns with their membership, in getting collective bargaining provisions which protect women from violence and provide paid leave for women who have suffered from violence and harassment, and in broader community campaigns to eradicate violence against women and girls. Union campaigns to ensure legal protection for women, to obtain legislation for paid leave for victims and to increase public awareness and ensure safe havens and treatment are underway in countries in every region.

“The appalling treatment of women in the entertainment industry and even in national parliaments is in the headlines, and we also need to see the pandemic of violence that many other workers face given the same attention. The problem is worsened by stress from the huge pressures on household finances that so many workers face today, and the fact that some governments are dropping their responsibility for rape crisis centres, counselling and other vital services to for-profit private companies is a complete abrogation of the responsibility that governments have to protect people,” said Burrow.

To learn more about what unions are doing and for campaigning and collective bargaining resources, see the ITUC portal on gender-based violence and the ETUC’s “Safe at Home, Safe at Work project”

The Fiji Trades Union Congress had applied for a permit on 21st December, 2017, to march in Suva on the 24th February, 2018. Despite numerous calls, emails and reminders, a permit has not been issued todate. The FTUC has been told by the Suva City Council that the Application awaits the approval of the Ministry of Local Government and the Ministry advises that the application is with Suva City Council. We have now been told that we ought to get the approval of the police and the District Officer before the Suva City Council can give its approval. The District Officer’s Office advises that we need the approval of the Council before it can deal with the application. This has been going on for the last 7 weeks now. It is becoming apparent that the authorities are reluctant to grant a permit or that they are scared of repercussions from their superior, the Minister for Everything.

Today, after an email stating our disgust at the inefficiency of the process, the CEO of the Council advises that Ratu Sukuna Park is booked for the whole day on 24th February. This is just one way to say the permit cannot be issued. The SCC was aware of our application but decided that Coca-Cola was more important an event than citizens exercising their constitutional rights and demand for Government to act. Our Constitutional rights to freedom of assembly and to protest is being denied. Corporate power is more important than the rights of citizens. This is the Government that claims to put Fiji first. It’s more like business first.

The march was planned to once again bring this Government’s attention to:

2. Our demand to rescind the individual contracts that have been imposed on civil servants, teachers and workers in Government owned entities including the banks and Fiji Airways. We call on Government to respect ILO Convention 98 on Collective Bargaining.

3. Our call on Government to respect the Tripartite Agreement with ILO to review labour laws to ensure full compliance with all Core ILO Conventions.

4. Our demand to the right to strike. Workers in Fiji today are being denied the right to even conduct secret ballot in accordance with the laws to go on strike.

5. The above includes the most recent abhorrent behavior of ATS Management in locking workers out and their refusal to recognize the Union. Negotiations remain pending on all grievances of workers at ATS.

The FTUC will pursue this matter and will call on SCC and Government to explain why we are being told after 8 weeks that the Park is booked. Even if they both continue to refuse the Workers the use of the park, the march must take place. Let’s now see what other excuse there is.

“Gender-based violence remains one of the most tolerated violations of workers’ human rights. According to statistics, 35% of women – 818 million women globally – over the age of 15 have experienced violence at home, in their communities or in the workplace.

The National Secretary of the FTUC launched the 23 days activism initiative  today    with a focus on campaigning for the formulation of an  ILO Convention and signing  up to the campaign of the ITUC.

The campaign objectives are :

The FTUC joins trade union worldwide who are participating in this campaign  and undertake actions actions as per the campaign toolkit :  https://www.ituc-csi.org/campaign-toolkit-stop-gender-based

The FTUC supports actions by  its affiliates and sub- Committees to  actively participate in this campaign  in an effort to curb harassment of women at the workplace by calling  for an ILO Convention.

*watch this space for more updates.
#stop gender-based violence at the workplace